Story of the early twentieth century. Biraj Bhattacharya, a handsome police officer from Kolkata, was transferred to Teknaf Police Station, a very dangerous and inaccessible area. Teknaf police station is surrounded by green hills – and the blue waters of the sea in a little distance. He did not have much work in the police station. He used to spend a lot of time wandering here and there. He used to live in a  room in a normal house of the police station. One morning Dhiraj woke up by the faint soft hum of multiple women’s voices. When he came to the small balcony of the police station, he saw 50/60 Maggie Rakhine young women wearing colorful fatwa (thami-blouses) gathered around the leaf well and engaged in laughter. Their loud laughter echoed in the courtyard of the police station. This was the only well in the whole of Teknaf.

Every day young women used to come to fetch water from the well. And Dhiraj used to sit in a chair on the verandah of the police station and watch the young women fetching water. One day Dhiraj noticed another young lady dressed in a completely new outfit, the nose-eyes of this beautiful young lady was like that of a Bengali girl. Her name is Mathin. The only daughter of One Thin, the landlord of Teknaf. At first sight he liked the girl. Every morning before dawn, Dhiraj Bhattacharya would sit in a chair on the verandah of the police station and wait for Mathin’s arrival. When Mathin used to walk through the police station premises shaking his high neck with a pitcher in his hand, he used to enjoy the scene with patience. Before the other young women arrived, Mathin would come to the well and return with water. In the soft light of dawn, in a quiet atmosphere, they were in deep love and fascination with each other.

They used to weave colorful nets of impossible and impossible imaginations towards each other. Seeing,smiling, this is how their love is concentrated. The day goes on. One day or two like this. In the meantime, everyone gets to know about the love between these two. Despite various obstacles, the marriage between them is confirmed. Meanwhile, Dhiraj’s father’s letter came to him from Calcutta. Dhiraj will have to go to Calcutta for a month’s leave. If he doesn’t get the leave , he has to resign from the job and need to go. Dhiraj decided to go to Calcutta. Mathin was informed of the decision. Mathin did not agree. So Dhiraj escaped Teknaf one evening and fled. Mathin could not easily accept Dhiraj’s departure in this way.

Mathin felt that Dhiraj had run away for fear of getting married, citing his father’s illness. When Mathin lost his beloved diraj she stopped eating food and water and became a bedridden person. Family members, including land lord father One Thin, could not feed Mathin despite hundreds of attempts. She has one condition: she wants diraj. Mathin died one day due to this separation of love and great pain. For this reason, thousands of lovers are still overwhelmed with emotion when they see Mathin Kup, the witness of love, remembering their historical love.

The Mathin well is located on the grounds of the Teknaf police outpost on the Naf River, in the heart of the town. There is a sad love story behind this well. Rakhine landlord, daughter Mathin and a police officer love story has conquered the poetry of love separation, waiting and departure.

This site uses Akismet to reduce spam. Learn how your comment data is processed. 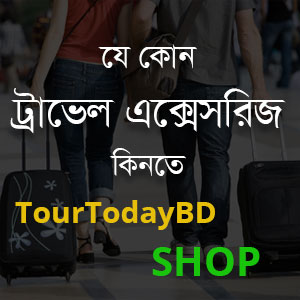